Drive more traffic to your online store using performance based marketing.
It started with a claim from a victim during the year 1979. The victim was only 14 years old, Roy Moore at the time 32. The story was published by the Washington post. When news got around Roy Moore quickly denied the allegations.
According to Roy Moore the claim was part of “The Obama-Clinton machine’s liberal media lapdogs”. In other words fake news to keep him from becoming Republican Senator of Alabama.

The Obama-Clinton Machine’s liberal media lapdogs just launched the most vicious and nasty round of attacks against me I’ve EVER faced!

We are are in the midst of a spiritual battle with those who want to silence our message. (1/4) #ALSen

Roy Moore since then has had defense against the allegations from other women, however the victim is still standing to her statements. The public has been outraged that with such controversy. Without resolution Trump has decided to endorse Roy Moore, claiming that he needs to be elected for Alabama.

Reporters took the streets of Alabama to ask the citizens what they thought about electing Roy Moore.

We asked people in Alabama for their views on Roy Moore, the sexual misconduct allegations him and the state of the Senate race in the state. Here are some responses. . . . . . . #Alabama #RoyMoore #Senate #sexualmisconduct #politics #voters #voting 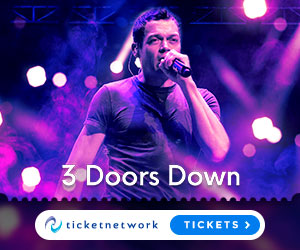 Roy Moore does face some serious competition against Alabama’s hero Doug Jones. Doug Jones prosecuted the Klansmen who bombed the 16th Alabama Baptist church that killed four little girls. Roy Moore on the other hand has been looked at as a racist, and now a pervert according to the Daily News.

Why is Doug Jones a hero in Alabama and how could he win the Senate seat there next month? @k_jeanpierre explains. #DougJones #RoyMoore #Alabama #Election #Vote #Resist #ResistTrump